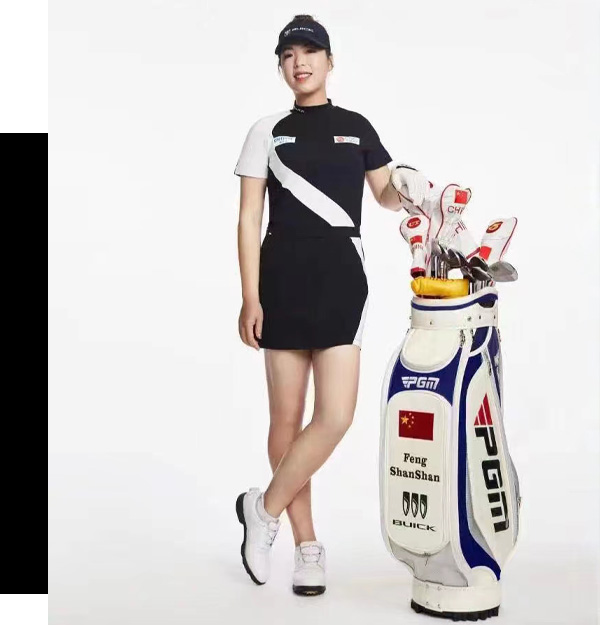 In 2004, she entered the Chinese National Women's Golf Team for the first time. In the same year, Guangdong Jiangmen Queen Cup won the third place individually, and the Chinese team won the second place in the team

In 2007, the Orient China Women's Open made its professional debut and won a tie for seventh.

In October 2008, the sixth place in the Grand China Airlines LPGA competition

On June 11, 2012, the LPGA Championship, the second event of the four major championships of women's professional golf in the world

On November 13, 2013, Feng Shanshan was elected as one of the "Top Ten Outstanding Young People of the World Cantonese" In May 2015, she won the Women's European Tour Buick Championship.

On November 11, 2017, he won the 2017 LPGA Blue Bay Masters Championship and reached the top of the women's golf world.

In 2021, he will be selected into the list of golf athletes of the Chinese sports delegation for the 2020 Tokyo Olympics.

On October 6, 2013, he won the Reignwood LPGA China Classic Championship, becoming the first Chinese athlete to win the LPGA championship in China.

On November 13, 2013, he was elected as the "First Ten Outstanding Young People of Cantonese in the World"